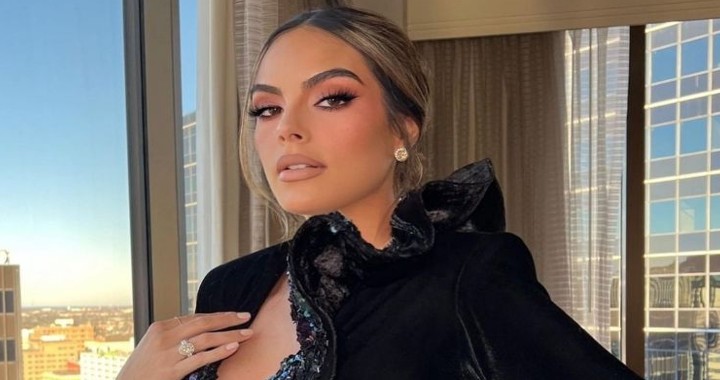 Since R’bonney Gabriel was crowned as the new Miss Universe, a great controversy has been generated around it, since Internet users and followers of the contest assure that there was fraud and the representative of Venezuela, Amanda Dudamel, who was emerging as one of the favourites, and Ximena Navarrete spoke about it . (See video below)

The former Miss Universe 2010 was part of the jury for this edition, and in a question and answer session with her Instagram followers, one of her followers asked her opinion about all the criticism and massive discontent against Miss current universe.

The future mother took the opportunity to defend the beauty contest and ensure that it is impossible for fraud to be carried out, in addition to comparing the case of Miss USA with what Andrea Meza, winner in 2020, recently experienced.

“I think this has always happened, year after year the one that wins is being controversial because another country does not win or because a country is dissatisfied because it wanted its representative to win, what happens is that now with social networks everything is It’s been much bigger, and before it was less dramatic , I want to put it that way,” he said in his clips and indicated that there is no fraud in the contest.

The former beauty queen took the opportunity to compare the situation that R’bonney Gabriel is now going through with the one that Andrea Meza was subjected to in 2020 when she was crowned the winner and, just like now, caused a lot of discontent.

“You ask Andrea Meza about massive attacks, because she received one just as massive as what is happening now and surely just as massive as what happened to Harnaaz Sandhu last year because everyone has their different favorite and each country is going to protect yours, you have to let things flow and see the positive in the new winner.

“ Besides, more father because this platform is also going to help the first finalist and the second finalist too , they can use it for everything they want to accomplish in their life, not everything is negative or dramatic, I’m sure they’ll do super all right.