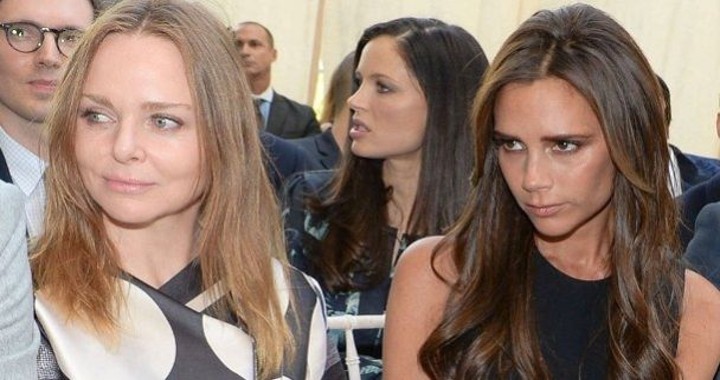 Despite the fact that at some point in their lives Victoria Beckham and Stella McCartney were close, now things have changed a lot. They both started their careers as fashion designers, which made them direct competition and they have been at odds ever since.

A couple of months ago, David Beckham’s wife struck the first blow when she offered Stella’s lead stylist a better offer , taking away a major contribution from her business. But the daughter of the former Beatle did not sit idly by and she responded weeks later.

Sources close to Stella McCartney say the fashion designer hired supermodels Gigi and Bella Hadid just to annoy Victoria. ” Stella is normally not as concerned with having big-name supermodels walking in her fashion shows as she can be extraordinarily expensive,” the sources say.

Gigi and Bella Hadid are part of the discord between dressmakers

The former Spice Girls debuted at Paris Fashion Week along with the famous sisters, but she did not count on the fact that only days later the models shone and monopolized all the fashion covers at the Stella McCartney show.

“ Everyone found it very funny and now it has become something of a joke in the fashion world . People say they can’t wait to see which models Posh books for her fall/winter 2024 show, because they will no doubt be called out too,” say sources close to Paul McCartney ‘s daughter .