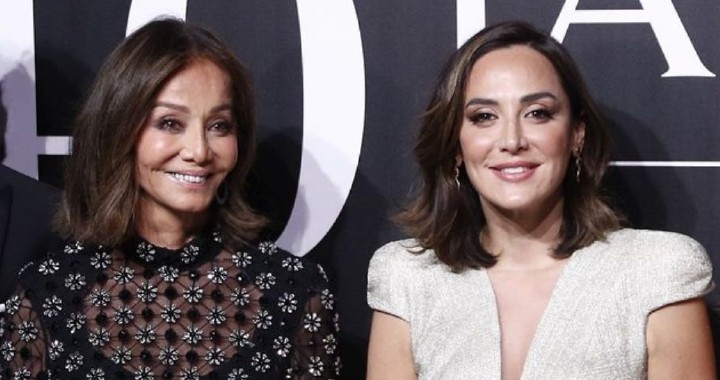 Tamara Falco  and her mother Isabel Preysler had a different end of the year in their love relationships. Although the television figure fixed her problems and she reconciled with Inigo Onieva, her mother separated definitively from the writer Mario Vargas Llosa and apparently, she soon got over it.

The socialite had a relaxed conversation with the Harper’s Bazaar medium in which she referred to the sudden break between the Nobel Prize winner for literature and her mother. Although Tamara was sorry that the relationship ended, she also commented that she understood the choice they made and that they are the ones who have her reasons.

“When someone makes this decision, it is because there are many things that have led them to make this decision. Of course I feel sorry, because Mario has always been very kind and affectionate with us, but the decision is up to my mother and him, I see her in peace and serene , ”said the panelist from El Hormiguero.

After the video of Inigo Onieva kissing another girl began to circulate, Tamara ended her relationship with the businessman, but three months later their paths came together again . However, the Marquise de Grinon is aware that her happiness does not depend on her fiancee.

” I am clear that my well-being does not come from a partner, that is part, but it is not everything ,” began the daughter of Isabel Preysler . “When I started the relationship with Inigo I already loved myself: I am with you because I am better with you, because you add me, that is what I said to him. So, when the couple breaks up, you’re still you,” said Tamara Falco.