Singer and actor Kim Jung-hoon (42) from the group UN filed a claim for damages for defamation from his ex-lover, but lost.

According to the legal community on the 18th, Chief Judge Kim Hyun-seok of the Seoul Central District Court Civil 90 ruled that the plaintiff lost the lawsuit in which Mr. Kim claimed 100 million won in damages against Mr. A, his former lover.

In September 2020, Mr. Kim said, “Mr. A threatened me several times with the fact that she was pregnant, and I cut off contact with Mr. A or disseminated false facts that forced her to terminate her pregnancy, or reported to the media to defame her.” filed a lawsuit.

However, the judge judged that “only the evidence submitted by the plaintiff (Mr. Kim) is not enough to admit that the defendant (Mr. A) threatened because of the fact that she was pregnant, or spread false information and reported it to the media.”

The judge also said, “The defendant tagged the plaintiff while posting pictures of the fetus and pregnancy test on social media, but in the related judgment, it is difficult to see that this act constitutes a tort, considering that the child born by the defendant was judged to be the plaintiff’s biological child.” pointed out. 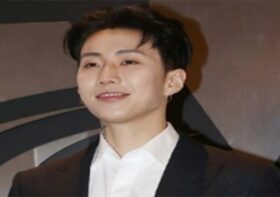