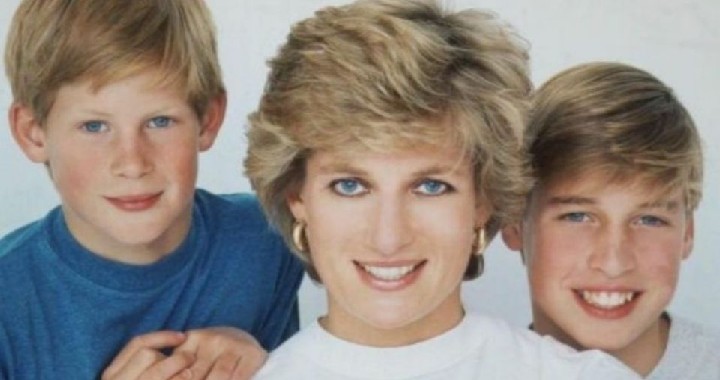 With the publication of his new book Spare  , Prince Harry has revealed a series of intimate details about the royal family, including the memory with which his mother, Lady Di , was buried. It is a photograph of him and his brother, “perhaps the only two men he had truly loved” according to the princess’s youngest son.

In his book, the Duke of Sussex recounts Diana’s official funeral held on September 6, 1997 and which he remembers as a traumatic moment for the 12-year-old when it happened.

Harry says that a photo of Prince William and he was placed, which was very significant for Lady Di :   “According to some witnesses, mom’s hands were crossed on her chest and a photo of Willy and I placed between them.”

In addition to how difficult the unexpected death of his mother was, the Duke of Sussex reveals how heartbreaking the moments after were like the burial of Diana’s coffin : “Our smile would accompany her for eternity, in the dark, and perhaps it is this image, as they lowered the flag and lowered the coffin to the bottom of the hole.

Harry went back to the only moment in which he cried at his mother’s funeral next to his brother:  “We shook hands smiling with the people. And their hands were wet. We did not understand why” referring to the tears of the followers of the Princess of Wales.

Twenty-five years after the death of Diana of Wales, the People’s Princess, it is inevitable to question whether she, who always taught her children to stay together , would approve of the troubled relationship between William and Harry and their respective families.