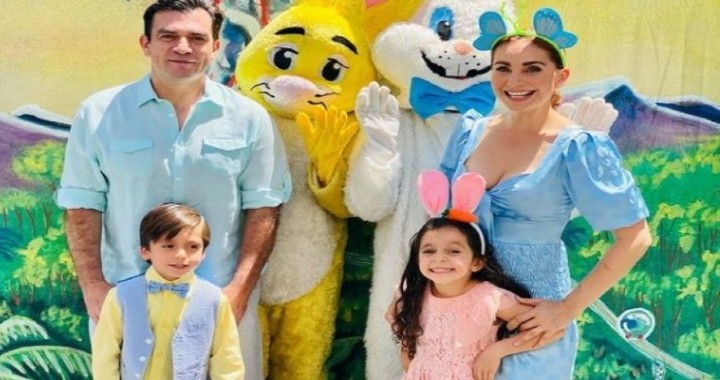 After a nationally published magazine uncovered an alleged infidelity by Jorge Salinas to his wife Elizabeth Alvarez with his nutritionist, identified as Anna Paula, the media accuse the nutrition specialist of wanting to take advantage of the moment and charge per interview

This was stated by the Mexican journalist Gustavo Adolfo Infante, who reported that he himself contacted the woman to give her version of the facts, after the magazine leaked some photographs in which it can be seen that she kisses the man on the mouth . actor and soap opera heartthrob , but in return he asked for money.

“Notice that today I was going to interview her on the YouTube program and she sent me a message at around 10:10 in the morning that she could not, that is, yesterday she was charging us and today she told me that she could not because her patients were first. Let’s see if Tuesday or Wednesday of the following week she had space. And I told him no thanks. That’s what I told him,” the journalist revealed.

During the program, his partner Addis Tunon also had a speech, in which he seconded what Gustavo Adolfo said and even revealed that he did not charge another journalist, but he did want to do it with another colleague, to whom he gave his reasons for billing for each intervention, and stipulates that they should not ask him anything related to Elizabeth Alvarez.

“I spoke with the journalist Alejandro Rodríguez, who told me that he was not charged. I confirmed with a colleague that she also wanted to get paid, she asked me not to say who she is, but in the screenshots with the nutritionist she tells her that her interview is worth a lot because since she is so exposed, she is already thinking about changing jobs , ”commented Addis .