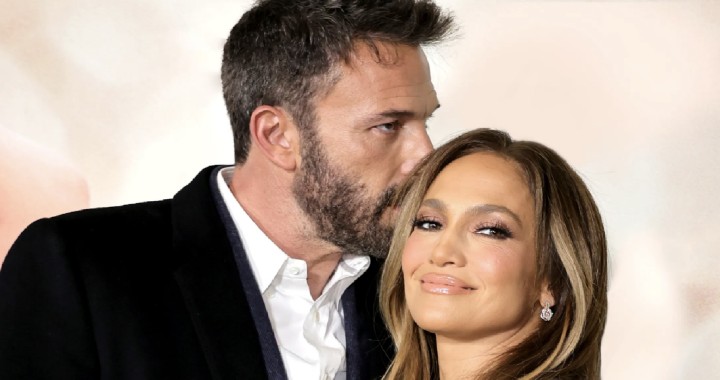 More than six months after her wedding to Ben Affleck, Jennifer Lopez  reveals the reasons why they decided to secretly get married in the Little White Wedding Chapel in Las Vegas and then have a second ceremony in the mansion of affleck.

During an interview with Access Hollywood to promote their latest film Shotgun Wedding, JLO confessed that the biggest reason they decided to have their first private wedding was that they were really worried that the weather would ruin their big day, plus it was a great opportunity. to get rid of the pressure. “Everyone was panicking about the weather, if there would be a deluge or it would be so hot and everyone would be uncomfortable. So we ran away to Las Vegas and got married a month early to take the pressure off.”

Jennifer also said that the first ceremony that took place on July 16, 2022 was totally Affleck’s idea, which was much more intimate since only the two of them were alone. “It was Ben’s idea. I can’t take credit for that,” said the actress.

The second wedding took place in Savannah, Georgia, on the 35-hectare farm that Ben owns on Hampton Island and in the company of a hundred guests including family, friends and of course the couple’s 5 children. : Violet, Seraphina and Samuel from the relationship between Affleck and Jennifer Garner, and the twins Max and Emme, the result of the couple between JLO and Marc Anthony.

In addition, the second wedding was much more relaxed with respect to the press because since they had already been married a month before, Lopez and Affleck had no problem sharing one of the most important days of their lives. “It was like ‘okay’, our wedding was perfect, now whatever happens that day will be fine,” Jennifer said, referring to the second ceremony.