Humberto Zurita made a recommendation to Jorge Salinas amid the controversy 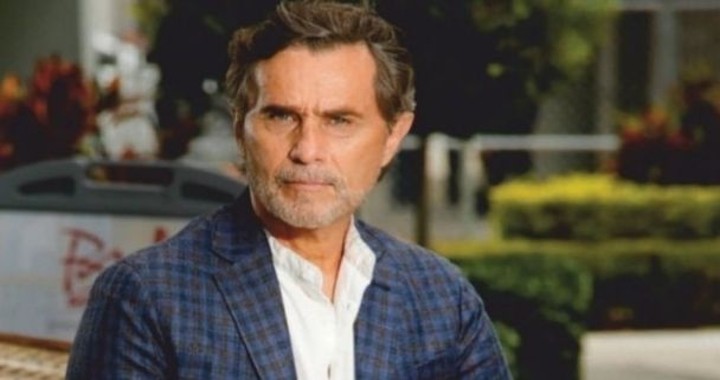 A huge media uproar occurred after photos of Jorge Salinas apparently kissing another woman came to light . The actor’s infidelity to Elizabeth Alvarez is one of the most commented topics, even Humberto Zurita took advantage of his most recent meeting with the media to send a message to his colleague.

The actor from La Reina del Sur had just arrived from a trip when he was intercepted by the press, although he was not aware of the leaked photos, when he found out he commented: “Oh, Jorge, please behave yourself .” As reported by TV Notas, Salinas and the mysterious woman have been dating for more than a year, but Humberto was incredulous with some media.

” I am not one to scold him, then you know that there are many magazines that are a little ahead, they want the exclusives ,” the actor began, arguing that it may be that the angle of the photos suggests that . “I think that these magazines, especially some, I think that they are very nosy and then they do not tell truths or half-truths,” Zurita commented.

Despite the fact that both actors have been in the entertainment industry for several years and have agreed on some projects, Stephanie Salas’s partner clarified that ” not all actors are close friends “, so they prefer not to comment in detail on what happened.

“I know Jorge, because on two occasions I was about to direct him in something, but nothing more, I don’t have a friendship with him . I know him, I know he is a very important person and I hope he fixes his things well, “added Humberto Zurita.