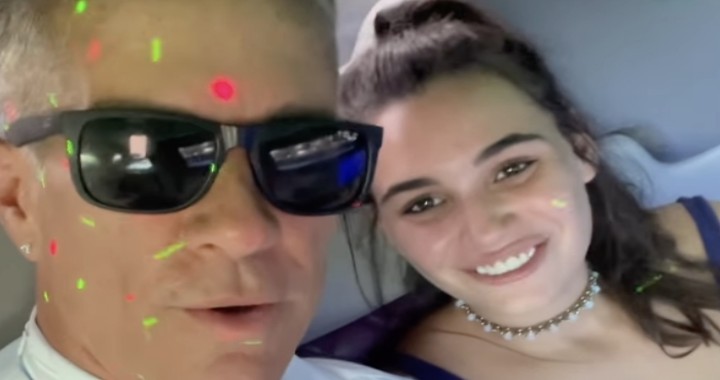 The actor Fernando Carrillo announced that after two years of marriage he and his wife Maria Gabriela Rodriguez decided to separate and although he did not specify the causes of the divorce, everything seems to indicate that they did it on the best terms.

The actor announced his break with his son Milo’s mother through a video on social networks where you can see both very smiling aboard a limousine and gala dresses; she in a navy blue dress and he in a suit with a white vest, shirt and tie and in the background the song Don’t stop believin by Journey is heard.

“Three years after our union and two years after we were married, this royal couple has decided to separate and continue on their separate path, but united in love for our beloved son Milo,” Carrillo wrote in the description of his post.

” Thank you for the love that you always expressed to us as a couple . Do not stop believing in love. God always takes us by the hand. Amen,” the actor concluded.

“That’s life, you have to enjoy love while it lasts because nothing is eternal”, “The best for both friends and especially for the beautiful Milo, who has wonderful parents”, ” He looks too old for her” maybe because of That didn’t work ‘, different stages. I don’t think he’s gay even though he wears earrings”, “With an egocentric like you who doesn’t separate”, and “What happens is that he met her when he was poor and she pulled him through until she gave him a son, but since it already took off, he left it because of his humble condition. He likes the old ones with money,” were some of the comments that the model also received.