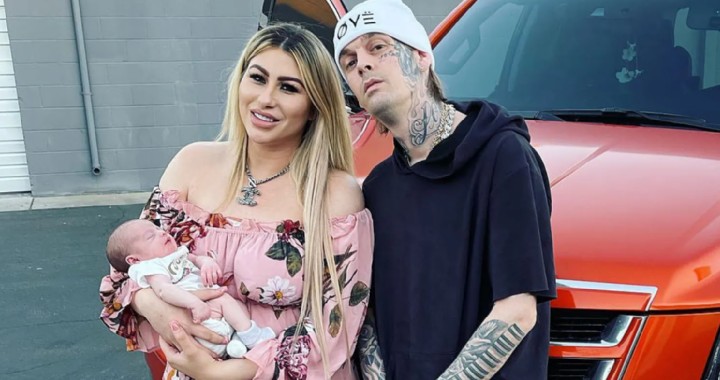 Aaron Carter was found dead on November 5. The brother of one of the members of the Backstreet Boys, Nick Carter, was found “apparently” drowned in the bathtub of his home, information that began to be the subject of doubts by  forensic doctors, who raised a series of theories about What would be the true cause of death?

The premise of suffocation as the cause of death began to grow weaker as the doctors provided
more details on the day of the event, as the absence of water in Carter’s lungs was determined. But the presence of drugs was identified in the singer’s bathroom, who had a history of drug addiction

According to TMZ, his ex-fiancee and mother of his one-year-old son, Melanie Martin, and Aaron’s mother would be convinced that it was an overdose.  The theory is supported by the investigations that Melanie has done on her behalf since the death of her partner, and that involve a third person whose involvement in Carter’s death is still not entirely clear.

“Melanie says she found text messages from an unidentified person telling Aaron that he owed $800 for an unknown substance. She says the conversation includes Aaron telling the person that he no longer needed the substance, to which the person replied that it didn’t matter and that he still owed money,” TMZ reported.

This latest update in the case has become more probable after statements by the emergency services, which, when they went to the scene, found the singer next to medicine containers and cans of compressed air.

Despite the fact that the young man was known for being the brother of the successful Nick Carter, the truth is that  Aaron also started a career when he was only 7 years old , at which time he released the single  “Surfin USA” , whose success was the necessary engine. to cement his career.

As he grew older, he began his solo career and in 1997 he released his first album bearing his name. The success and reception by the public allowed him to release a second album, “Aaron’s Party (Come Get It)” , with which he was able to earn a place in Hollywood. However, it was difficult for the artist to give his career strength with greater productions and his name gradually remained in the background , which also coincided with his most complex period of addiction.

The loss of Aaron greatly affected important faces in show business and entertainment, one of the most affected being Hilary Duff , Carter’s first love and with whom he had a three-year relationship after meeting on the famous Nickelodeon series,  “Lizzie McGuire” .

The actress expressed her sorrow for the loss of the artist “You had an absolutely effervescent charm… my adolescent self loved you deeply,” she said in her farewell message.